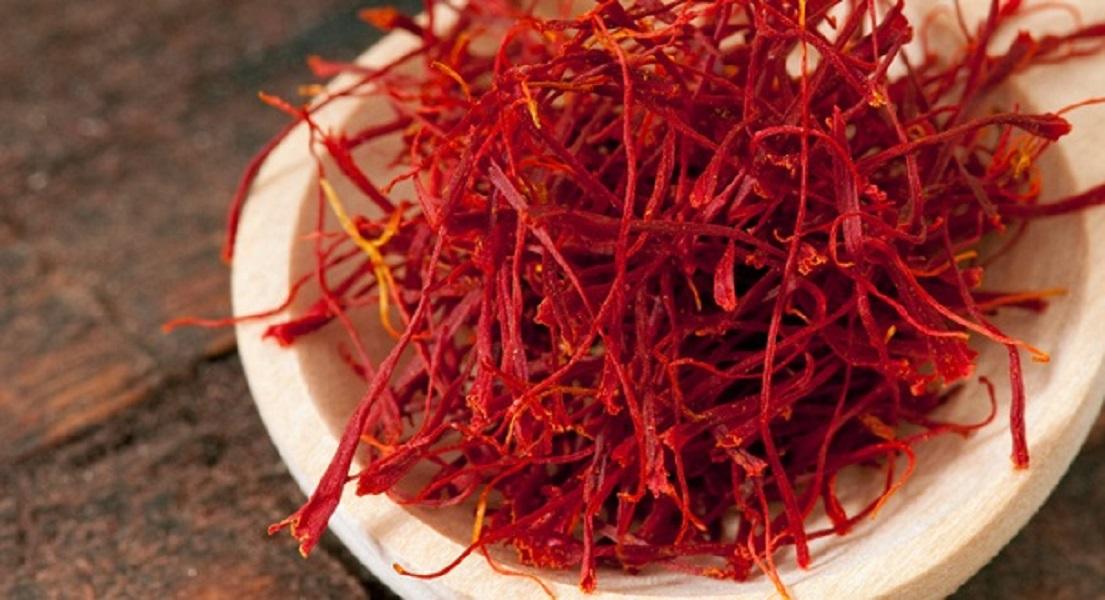 Is saffron the new wonder spice?
The world’s most expensive spice has gained considerable attention in recent years for the mind-blowing health benefits it has been found to possess.

Like most botanical superstars that are only just getting their deserved recognition, saffron has a long history of use, as a revered culinary ingredient, vibrant hair and clothes dye and broad-spectrum medicinal aid.

This wonder spice may date as far back as 1500BC and is believed to have originated in West Asia, only finding its way to England in the fourteenth century when Cornish tin was traded for Spanish saffron.

Saffron comes from the dried stigmas of the purple Crocus sativus flower.  With only three stigmas per flower (that can only be picked by hand) cultivating saffron takes some serious investment.  It takes somewhere between 100,000 – 250,000 flowers to make just a pound of saffron1,2. Hence what makes it the world’s most expensive spice, and worth more than gold!

With a characteristic deep auburn colour (think orangey Buddhist robes), and a sweet, spicy and slightly bitter flavour (think classic Spanish paella), saffron is a versatile culinary spice that can be used in both sweet and savoury dishes. Fortunately, a little goes a long way and you only need to use a tiny amount in cooking, otherwise the bitter taste becomes slightly medicinal.

And it is saffron’s medicinal properties that have propelled it into the spotlight more recently, as science is finally catching up with traditional wisdom that has seen it used as an effective natural remedy for a range of health concerns.

Saffron stigmas contain four major bioactive compounds (crocins, picrocrocin, crocetin and safranal) and many powerful carotenoids, including zeaxanthin, lycopene, beta-carotene and polysaccharides. Collectively, these compounds are responsible for the health-enhancing properties of saffron2-4.

Modern pharmacological studies have demonstrated that extracts of saffron have anticancer, anti-inflammatory, antioxidant and antiplatelet effects5,6.  And what’s particularly exciting is that recent clinical trials have suggested a potential use for saffron extracts in the treatment and prevention of Alzheimer’s disease7,8 and age related macular degeneration (AMD)9,10. Several studies and a recent meta-analysis have also confirmed that saffron is an effective treatment for depression when compared with widely prescribed anti-depressant medication11-19.

With mental health right at the forefront of public health interest and debilitating health problems such as Alzheimer’s disease and depression heading towards epidemic levels, the emergence of saffron as a beneficial natural ingredient backed by robust science is exciting news. With an impressive safety profile20 and a wide range of potential uses, it’s no wonder that saffron is being hailed as the new wonder spice.

The science behind saffron – at a glance

• In a 22-week double-blind study involving 54 adults with Alzheimer’s Disease (AD) aged 55 or older, participants were randomly assigned to receive 30mg saffron or 10 mg donepezil (drug widely used to alleviate symptoms or slow the progression of Alzheimer’s) daily. Saffron at this dose was found to have similar effects to donepezil in the treatment of mild to moderate AD after 22 weeks.

• Two randomized, double-blind, placebo-controlled trials found saffron to be effective for the treatment of mild-to-moderate depression.

• In a 6-week trial, at a dosage of 30mg/day, extracts of saffron were as effective as fluoxetine (20mg / day) for the treatment of mild-to-moderate depression. In another trial, extracts of saffron (30mg/day) had similar anti-depressant effects to imipramine (100mg/day).

• Recently, a randomized clinical trial showed that in 25 patients with early AMD, 3 months dietary supplementation with saffron was able to significantly improve retinal flicker sensitivity (flicker sensitivity is reduced in eyes that go on to develop late AMD) compared to placebo, suggesting a protective effect of the compound.